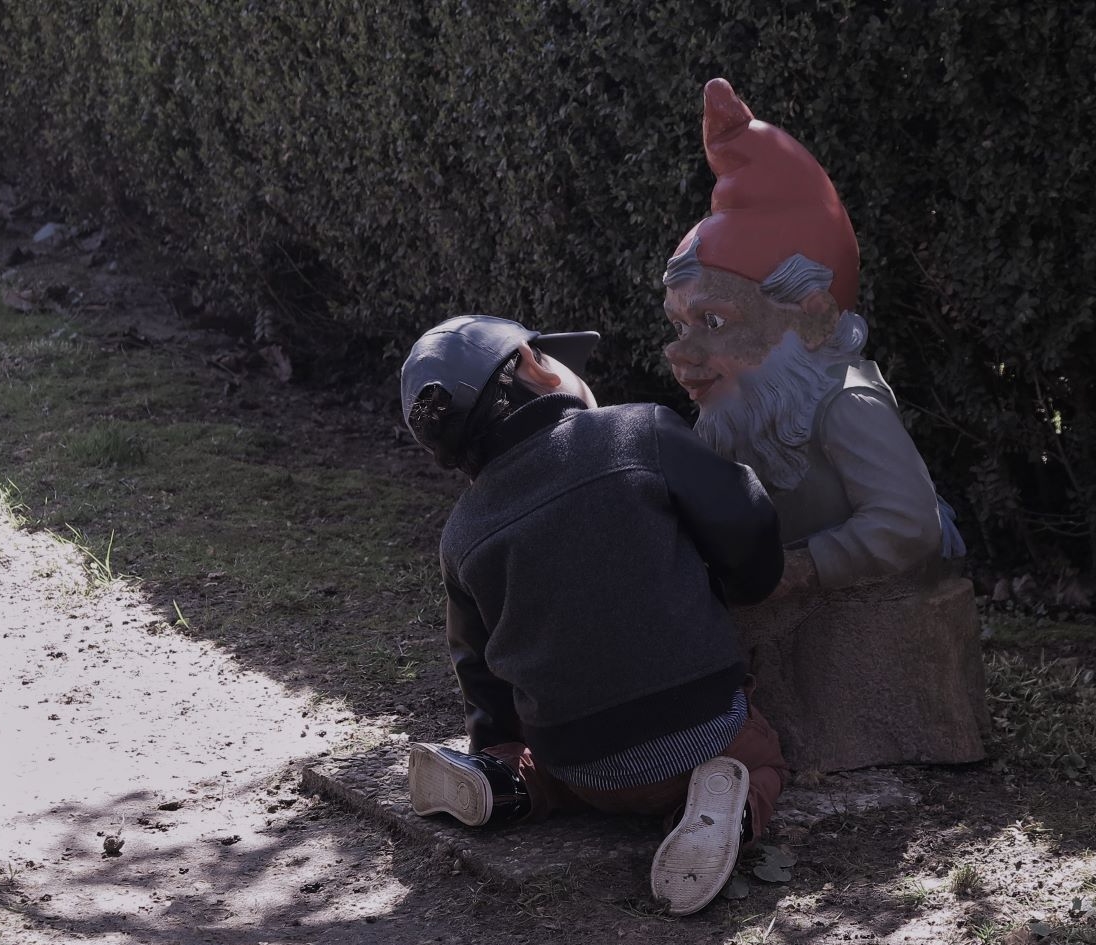 Today my son did something simple but beautiful. It still makes me smile thinking about it. Only one sentence, but with a big impact.

My son is at the age of four. He is very curious, outgoing, open, talkative. Wherever he is at, people notice him. He makes friends fast. He is one of the lucky ones, who easily connect and share a smile. Usually he walks around talking to anyone. He mostly starts a communication just by by saying „Hi!“ and a simple question „what’s your name?“. Following up on this, he usually would start fussing around and do what ever, which sometimes irritates people instead of making them smile. Minime somehow needs the attention and the positive feedback. In northern Germany, people aren’t used to small talk or nice gestures. Anyone seems to be focused on themselves solely. This means, it is not that easy to get the attention my son often shoots for.

Recently I explained my little one, that when ever he talks to people and ask for their name, they somehow expect some sort of response too, once they introduced themselves to him. I suggested he could tell his first name too, or he even might say something like „that’s a pretty name you got“.We have been at a bakery today. While I was busy ordering, a grumpy old man appeared and waited for his turn. Minime: „Hi, what’s your name?“. The man took some time to answer quietly „Steve“. Minime: „That’s a nice name. I never heard it before.“ and further to this, he introduced himself to the man. I was watching the whole scenario and became very proud of Minime.

I realized the response of the man, whom instantly started smiling and replied with a warm „thank you“. I understood that it made his day – and it made mine! Such a tiny sweet gesture, some attention and nice words that makes people start to open up again, sharing positive energy. Today was lovely. A great experience and lasting imprint. Sharing a smile, easy like that.

This site uses Akismet to reduce spam. Learn how your comment data is processed.